Our Planet, Our Selves: The Lifecycle of the iPhone

Posted on November 25, 2016 by Fascinate Publication 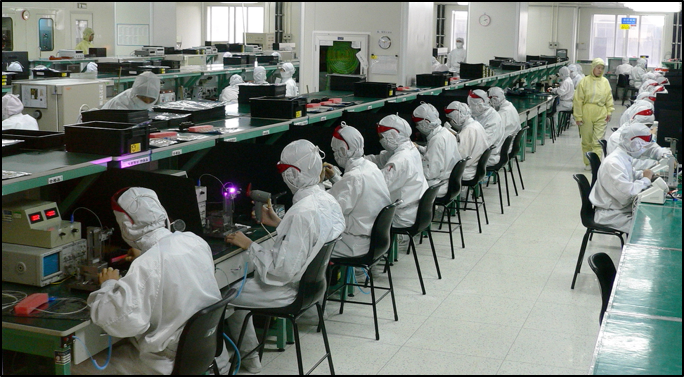 “So what’s new? First, for the design. We changed everything, such as…What’s different? What’s different in this!? Oh yeah! The antenna bar: before it used to be there, and now it’s here! See how we innovate!”[1] Twitter, Facebook, Instagram, YouTube—all of social media exploded with laughter, parodying the newest version of the consumer good that has come to define our generation: the iPhone. Despite these light jabs at Apple’s waning innovation, sales numbers have skyrocketed—45.5 million devices were sold by the end of October[2], and analysts expect this precipitous increase to stay strong through the holiday season. And while these figures may have dipped in comparison to years past, the environmental impact of the iPhone certainly has not. In order to show you why this 21st century necessity’s impact on our planet has failed to diminish, allow me to zoom in on the complexity of the process—a process so multi-faceted that it will take years, decades even, for minor downward fluctuations in profits to add up to a noticeable decline in the carbon footprint. And it all starts, as do most manufacturing processes these days, in Asia.

“Rare Earth in Bayan Obo” by Jesse Allen and Robert Simmon is licensed by NASA.

This is inner Mongolia. The Bayan Obo Mining District, to be exact. As of 2005, 45 percent of the world’s rare earth metals trace their roots back to this sprawling monster mine.[3] And while the smoky grey mush that creeps out of the area instantly brings to my mind billowing clouds of smog puffing out of smokestacks near my house, this false-color image actually dampens the shocking nature of the tarnished, discolored landscape In reality, the scene would look like an alien world, with ghastly yellow, green, and orange streams, all full of slime and soot, flowing out of massive holes punched in the ground. The vile chemicals were so potent that farmers who used to live in the area reported withering cabbage crops and sheep with two rows of teeth.[4] Undoubtedly, this desolate wasteland bears the overlooked burden of what we innocently carry in our pockets and stroke with our fingers up to 85 times per day.[5]

This mine specifically extracts nine rare earth metals—Neodymiun, Praseodymiun, Dysprosium, Lanthanum, Europium, Gadolinium, Terbium, Cerium, and Yttrium[4]. However, an estimated 41 different elements are bound, mixed, heated, and cooled together to construct the iPhone.[6] And while many of these elements are derived from nations in Asia, countries like Italy, France, and even the US also wield forces of thousands to arduously suck metals from the Earth, metals that will take millions of years to replenish. Thereafter, these materials cumulatively travel a number of miles just as large to converge in the device some of us cannot live without.[7,8] And it only gets more complicated from here as these 41 some odd elements are flown to far corners of the globe to be manufactured into a myriad of technological components.

MADE IN CHINA. Such a label is so ubiquitous these days—from the shirts we throw on every morning to the computers we type vigorously on all day to the toothbrushes we scrub our incisors with before bed—that it comes as no surprise to find it on the iPhone. Yet this blanket statement fails to encompass the myriad of other nations that churn out the 20 some parts in the iPhone[9]—parts that work in harmony to allow our voices to be heard across the globe. And if you’d like to see the full list of components and where they are made, by all means investigate this comprehensive article from MacWorld.

But I’d like to take a step back to consider those three hackneyed words printed in tiny font on the bottom of our devices, because they are there for a reason. In 2014, 85 percent of iPhones were assembled in China, and mainly by just two powerhouse factory companies: Foxconn and Pentagron.[8] But even though Apple justifies outsourcing labor overseas such that it can pivot production, and the resources that fuel this practice, on a dime, such reasoning hardly satisfies those of us preoccupied with the billowing clouds rising out of Chinese manufacturing plants.

But do not take this to mean the most profitable company in the world is doing nothing about the impending global environmental tipping point. In fact, Apple’s noble push towards a greener business model does surpass that of most other Fortune 500 companies—93 percent of the company’s resources are renewable and its aiming for 100.[10] But the manufacturing of each iPhone still yields 80 kg of carbon dioxide.[11] Multiply this number by 1 billion, the number of iPhones sold since the summer of 2016, divide by 9, the number of years since the iPhone’s release, and you get a total annual carbon footprint of one single product equal to the emissions of all of London’s boroughs.[11] Now consider that all other consumer goods—perhaps that shirt, computer, or toothbrush previously mentioned—likely come from companies not nearly as committed to environmental justice as Apple. That means that the 38 million tons of greenhouse gas emissions that Apple produces annually is just the tip of the tip of the iceberg of the greater amount of fumes we humans are pumping into our ailing ozone.[12]

You may have noticed that I’m skipping over what we as consumers think of as the most significant phase of an iPhone’s life—use. Yet, the use and transportation of Apple’s iPhone 7 only accounts for about 20 percent of the iconic product’s emissions up until disposal. In contrast, manufacturing encompasses the other estimated 80 percent.[13] So yes, what we do directly happens to have much less of an environmental influence than what occurs beforehand. But we as consumers are by no means off the hook, for we get to decide what path the iPhone will take and what impact it will make in its final life stage: disposal. In fact, many environmentalists will argue that focusing our efforts on disposal is the most crucial in terms of ameliorating our footprint on the planet. Thus, allow me to detail three different routes taken by your beloved companion on its way back into the Earth.

We humans often relish in the moment that we feel as though we are cheating the corrupt economy—when we end up getting a good bang for our buck. Thus, my friends and family members alike rejoice when they trade in their iPhones and get an Apple Gift Card in return, or sell the merchandise online. But is this really a cause for celebration? In fact, while such a seemingly intelligent act may save our wallets, it does not save our planet. In reality, most iPhones that are sold or traded in typically end up in the hands of a street vendor in a foggy, polluted street in China and then, ultimately, in a giant heap of burning toxic waste a few miles down the road.

In a trip to the electronic chop shops in Delhi, India, The New York Times made note of the sad ironies of little boys smashing computer batteries with mallets to recover cadmium, only to wander off with toxic flecks adhered to their bodies. Other times, mountains of e-waste are onerously burned to extract miniscule crumbs metal just to be sold to merchants for only a few dollars. Some women spend their days breaking their backs over boiling circuit boards in tubs of steaming lead just so that they can extract minute traces of gold.[14] Undoubtedly, such practices harm our people just as much as they do our environment.

“Xatarra i xinet” by Anna is licensed under CC by 2.0

Guiyu, China. The “Chernobyl of toxic waste.”[15] Mountains of e-waste are bleached by the sun’s harsh rays, leaking corrosive chemicals into the water system. Then people drink it. It infiltrates kidneys, livers, lungs, hearts, and even brains. Take lithium for instance—even just a few drops in a glass of water can cause irreversible damage to our nervous systems, leaving consumers with chronic tremors, dizziness, and fatigue.[16] Luckily for those of us here in the United States, the Environmental Protection Agency (EPA) protects our water systems, and has placed stringent restrictions on how e-waste can be disposed.

But that does not prevent us from shipping our problems overseas. This country is the only industrialized nation that has not ratified that Basel Convention, which aims for “the restriction of transboundary movements of hazardous wastes except where it is perceived to be in accordance with the principles of environmentally sound management.”[17] Basically, by refusing to sign this agreement, we can knowingly cast away our trash on other people, other countries, who already have to manage their own waste products. Evidently, not only is so much of this country MADE IN CHINA, but almost just as much goes back there to decay, too.

I’ve painted a pretty grim picture of the gargantuan amount of environmental harm we incur so that, among other things, we can check Facebook while still in bed each morning. But I do not doubt—and, in fact, I fervently believe—that there is reason to be hopeful. Nonprofits like E-Stewards have set industry-wide green standards for recycling electronics, and have taken it upon themselves to safeguard the treasures of this planet. Surprisingly, some big business like Walmart and RadioShack crafted recycling programs for iPhones and other smart devices out of thin air, amenable to the suggestions and ardent watch of E-Stewards.[18] Apple constructed its own standards for managing old products, dedicating millions of dollars to its “Liam” iPhone-deconstructive robots. These bots rescue cobalt and lithium from batteries, separate gold and copper from cameras, and extract silver and platinum from logic boards. 95 percent of these parts are reused.[19]

But there is still much work to be done, as only 10 percent of iPhones currently make it to the recycling center.[19] The other 90 percent still end up as those flecks of toxins penetrating young Indian boys’ skin, or as traces of chemicals in our water supplies. See, environmentalism is not exclusively about the melting glaciers in Greenland, the failing crops throughout California, or even the recycling bins in our dorms. It is also about thinking internally—thinking about what we are doing to our global partners, our fellow California residents, our classmates, our roommates, our friends, our families, and ourselves just through the simple act of buying, using, and giving away our cell phones. So next time you are ready to toss the old internet brick for a newfangled, shinier, thinner model (with the antenna bar “here” instead of “here!”), think twice about where it is going to end up. Ultimately, whatever we do to harm our planet always ends up harming us.

Banner Citation: “Factory Shenzhen” by Steve Jurveston is licensed under CC by 2.0